Hello 안녕, I know it’s been a long time since I wrote a blog post.

I’m very happy and excited to be back today cause we’re going to tackle about relationship differently through a review. 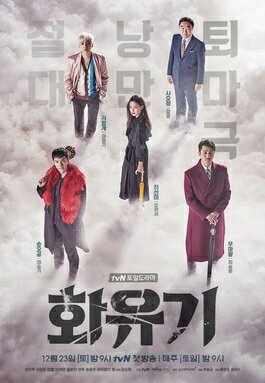 Hwayugi 화유기 (A Korean Odyssey is a South Korean fantasy television series starring Lee Seung-gi, Cha Seung-won, Oh Yeon-seo, Lee Hong-gi and Jang Gwang. Written by the Hong sisters, the drama is a modern spin-off of the Chinese classic novel Journey to the West. It aired on tvN starting December 23, 2017, every Saturday and Sunday at 21:00 (KST)

I saw this series and fell for it immediately because of its fantasy theme and ghost fighting scenes. However, I kept watching it for different reasons.

What I love about the show:

1) A love story between characters who is not a match made in heaven.

In the series, Seon Mi thought she found a love bell. When it rings, it means you found your match made from heaven. 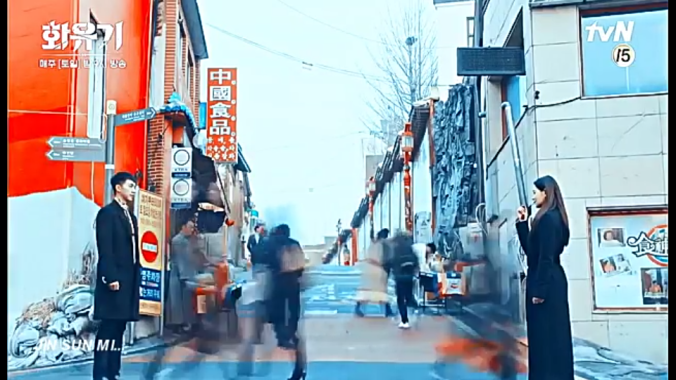 However on episode 15, she found out it was a death bell. It rung cause she and Son Oh Gong have ill-fate: one of them must kill each other. 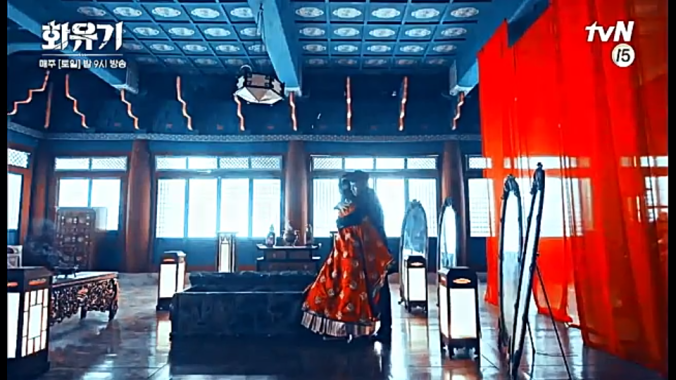 Growing up, we are all used to the idea of having a happy ending with the right one. However, in this series, they show us a couple who learned to love each other unconditionally, who is not a match made in heaven or someone less compatible.

So instead I emphasized that to have a long lasting relationship, it needs a foundation of friendship, commitment, and transparency or open communication.

2) Jin Seon Mi’s character, who can seee spirits, ghosts, and more. Her story is personal and familiar to me. I just love her tenacity to live and fight for what’s right. I appreciate her character growth in the series and she still did her job regardless.

3) Son Oh Gong’s character is always one of the reason why I’m drawn to certain stories, series, and movies. He is a well-crafted, complicated character. An arrogant monkey king who learned to care, to love, and to be human. It’s always those complicated people that someone tends to love once you get to know them.

4) Well-created and loved characters. I’m not just talking about the main characters but I practically love everyone on the series. They all captured my heart and have grown attach to them.

5) Chemistry between the actors are superb. In this show, majority of the actors have worked together before in other series. So the chemistry definitely worked wonders. 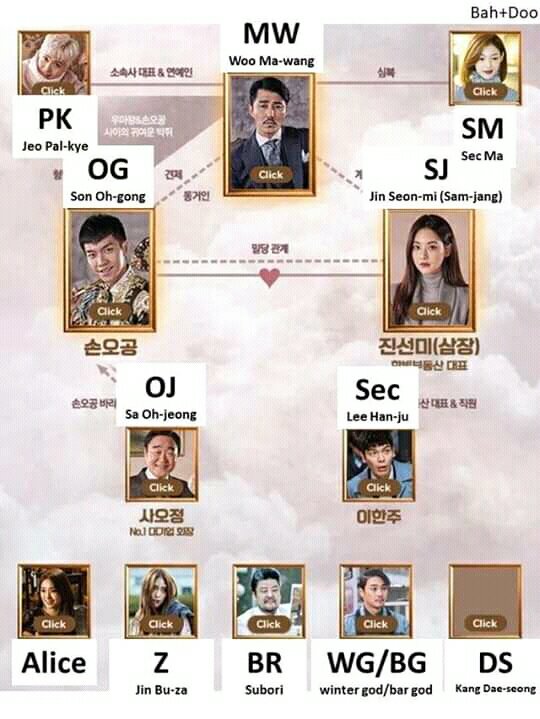 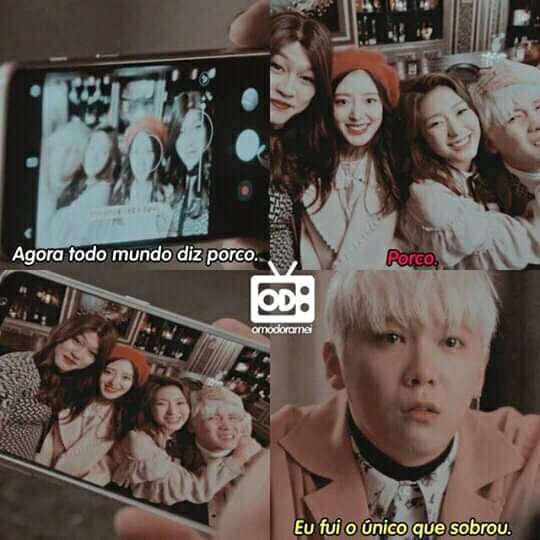 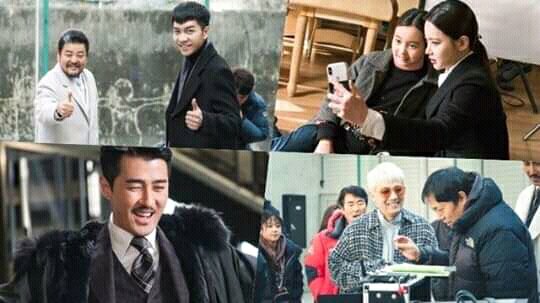 The actors Lee Seung Gi and Oh Yeon Seo has a really great natural chemistry. I’ve been watching Korean Dramas for 15 years and I’ve never seen a chemistry like theirs with other Korean actors.

If season #HwayugiSeason2 happens, it would be a big mistake to pair them up with other people due to reincarnation. It’s just unacceptable. Better forget that season 2. 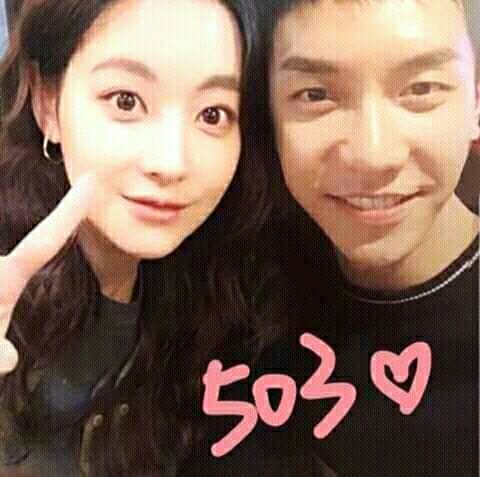 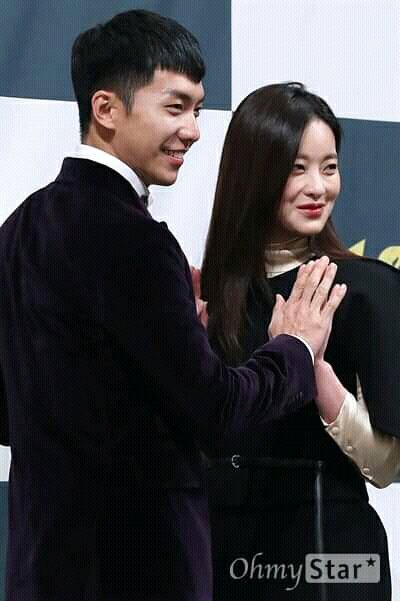 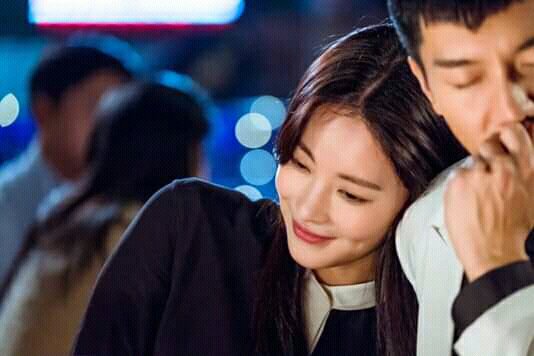 Of course, thanks to the actors’ compatible personalities (I guess that’s cheating when they’re playing someone who weren’t a match made in heaven), work ethics, professionalism, and hard work.

They just truly know how to make it work on screen. Their chemistry, connection, and compatibility is so palpable. It is very rare. if I am a casting director, he should take advantage of that and not let it go. Not making them work together again is very premature and mediocre. 😘

So if they are going to create a show and you want a successful partnership like theirs, you should put two people together like them always. A typical chemistry, is lame, boring, and overrated but not these actors. Their skills, talent, values,

6) I love the whole Hwayugi soundtrack. I’ve never watched a korean drama where I love all the songs except for this.

7) Storyline/ Plot/ Twists. At first it started light, funny, and mysterious and then as we get deeper into the story, it gradually became darker and serious. There are so many moments in the story that surprised me. The way they’ve set up the world in Hwayugi is so effective and so when the plot twists appeared it worked well in the story. They we’re smoothly done.

What I don’t like is not all about the series.

1) Unsafe Set for actors and staff and irresponsibility of those who are accountable.

I truly don’t want to get into this but I have to.

One of the staff who was hanging the chandelier, fell and was paralyzed. It is truly such a horrible and unfortunate event.

Because they’ve truly change the life of this person for the worse.

What truly upsets is the way they’ve handled this incident. It is somehow similar to what happen here in my country recently.

I don’t blame the actors, I blame the production and the management. I don’t hate them but one family will live with the consequences of their mistake for the rest of their life.

2) Cliffhanger Ending. I’ve seen most of the work of the Hong sisters. And this one has a cliffhanger ending. I’m so disappointed with the ending because of all the korean dramas I’ve watched, this is my favorite.

Other korean dramas compared to Hwayugi are The Lonely and Great God – Goblin and Moon Lovers: Scarlet Heart Ryeo.

Goblin and Scarlet Heart are great series and are very popular as well. It is much loved by the fans just like Hwayugi. But Goblin wasn’t able to hold my attention and I was too busy in the hospital to catch all the Scarlet Heart episodes.

But since all ended in an open ending. I guess one cliffhanger is more than enough for me.

It’s been 2 years since Hwayugi ended and a lot of us, the fans, are not over it. We really want a season 2. Even the Hwayugi petition is still alive. I just signed it 2 months ago and when I got back to it, over a thousand was added.

Season 2 should truly happen and they should level up the writing and the criteria especially if they’re also airing the series interntionally.

If they borrowed this from Journey to the West, they could certainly borrow from Greek Mythology or create their own and add the story as well of the samjang-like person who is protected and loved as well by her guardian.

Another thing is when I am studying writing, we were taught that a cliffhanger is fine but doing it all the time, is disrespectful and an insult to the viewers or readers.

Majority of Korean Dramas have cliffhanger or open endings. It is probably part of their culture.

3) Similarities with other korean dramas.

There are certain shots, and little details I’ve noticed that is similar to other korean dramas. I truly wish they’ve changed it or they should have done the scene differently.

So that’s my review for this one of a kind korean drama. I highly recommend it. It’s so worth it. You won’t regret watching it.